I don’t know about you, but I’m a bit of an eco-fan myself, and I get really mad reading these constant reports that suggest world leaders won’t come up with a satisfactory way forward at the Copenhagen conference in early December.

It’s great to see world leaders making pledges before the conference, but nobody seems to be taking the size of step that scientists are saying we need to… it all seems politically driven, leaders striving to look good within their country, and within the wider community. Already it seems to be clear that they’re going to come away from the negotiations with a non-legal agreement at best.

I’d really like to see a country have the guts to stand up and signup to cuts of at least the size estimated by scientists, and be done with it. Sod the wider world, and trying to get the agreement of every leader in the world to tidy up their own acts… just take the step forward and lead by example. There seems to be far too much worry about some countries not pulling their weight, and then getting a commercial advantage over greener countries. Well at least from an imports perspective, there’s a very simple answer… bring back trade barriers. They were abolished in most countries to allow for “free” trade, but in my view, if some countries aren’t pulling their weight, this is an easy answer… add a trade barrier to imports of goods from countiries based on their “population per head” type of stats. Fair enough, this doesn’t help exports, but there are a lot of countries that want to make positive change; such a bold step would give a commercial benefit to countries who bought into large scale change.

Here’s hoping the EU, US, or another big player takes such a large step, to put pressure on others to follow suit. 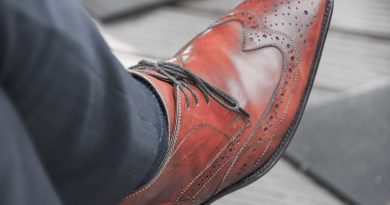 Reduce wear and tear on your shoes